About Us Media & Articles

Is your boss a corporate psychopath?

Sociopathy rises to the top 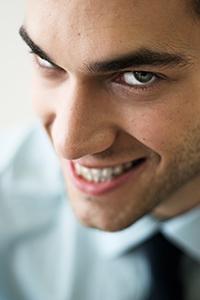 Does this remind you of anyone?

Extreme intimidation of others, especially behind closed doors

Lacking remorse, or even taking pleasure in harming others

Yes?  Then you may be working with a corporate psychopath.

What are psychopaths and sociopaths?

Contrary to popular understanding, psychopathology is not always about murderousness.  It is defined broadly as callous behaviour without normal feelings of empathy or guilt.

Sociopathy is a milder version of the same thing.

And there's a surprising amount of it about.  One woman in 200 is classifiable as a psychopath, as is one man out of every 50.  Overall, that's about one person in 80.

It means that every large organisation has its fair share of them.  Chances are, you have several psychopaths in your building.

Worse, many companies unwittingly select in favour of psychopathology, especially when recruiting executives.  Their charm, fearlessness and whatever it takes attitude can win over even experienced interviewers.  With rapid job turnover they can march up the ranks at great speed.

Not only that, but our era's myopic obsession with profit-maximisation as the primary rewarded behaviour, plays right into the sociopathic mindset — me, money, power...more about me, more money for me, more power for me.

Consequently, the chance of psychopaths holding senior positions in industry and government is disquietingly high.  We only have to consider the great wars of history, acts of national aggression in our own lifetimes, and examples of extraordinary corporate and political self-interest, to see the power of the pathology that we have allowed past the sentries.

Can psychopaths be cured, or coached?

How can someone behave this way?  Don't they just need interpersonal skills training?

A regular person with under-developed interpersonal skills may respond very well to being taught more constructive or metered behaviour.  Unfortunately, research with genuine psychopaths suggests that empathy training just gives them more effective tools with which to manipulate and control people.

They still don't care, but now they are better at it.

The problem is that psychopaths don't have a normal response — or any response — to others' emotional or physical pain.

For most of us, when we view emotive photographs such as someone who's injured or upset, our brains respond.  We feel, literally, some of what the other person is feeling.  That's empathy.

So empathy is in fact a measurable brain function — a perceptual skill that garners extremely valuable information about the social environment.  It's much more than just a fluffy, pleasant notion.

The psychopath's brain, however, does not light up in the same way.  They don't feel what others are feeling and consequently they don't care.

All that remains is selfish, short-sighted logic.  There's none of the self-censoring which ordinarily protects others' feelings and rights, and keeps the tribe running smoothly.

How can you spot a psychopath in your business?

The bad news is that psychopathic-type personalities can be initially very hard to spot.  These people can be quite charming.  There are a few clues they give during interviews, such as certain phrases they tend to use, but none are guarantees.

To attempt to capture these traits before they get a foothold, Insight Initiatives' personality profiling tool, Qualia, includes a scale called Dominator.  People who score high on this scale tend to be very dynamic and get things moving, but by any measure other than their own they may be getting the wrong things moving.

Psychopathic personalities intimidate and destroy other people psychologically as they go, so watch carefully for the signs.  It may look like there's a lot of activity in their unit, but it's a dance of one step forward and two steps back.

A second Qualia scale, Directive Leadership, is a polite term for a related set of bullying traits.  Forewarned is forearmed.

It's too late.  Your boss is a corporate psychopath.  What should you do?

It's sorely tempting for the ordinary person to try very hard to please the psychopath, to appeal to their better side.  It's hard to remember that they don't have one.

The primary strategy is in fact to find a constructive way to pander to their self-interest, such that they get more of what they want if they behave more the way you want.

Of course this may be achievable if you run the company, but it's a different ball game if this person is your boss.  Chances are, they seemed nice when you met them — effusive, friendly.  Now you feel beaten down, your confidence has hit previously unimagined lows, and you drip with dread on Monday mornings.

Almost as bad, you strongly suspect that the higher-ups have no clue that your boss is a bullying, controlling, egotistical $%^&*.

This is because corporate psychopaths often manage senior relationships quite well.  Their take charge attitude can resemble simple proactivity and productivity.  The worst of their behaviour toward staff may be as invisible to others as the paedophile priest's abuse of young parishioners.  All preaching, no practising.

Taking a lesson from this other type of abuse, we should remember the simple importance of telling someone in authority.  Confide.  It doesn't always work straight away, but it will set wheels in motion.

And stand up to them.  Don't fight back, but don't kow-tow either.  Psychopaths often get a thrill out of weakening others, so don't reward their efforts by crumbling.

Executive coaches are also great at finding ways to work around difficult people.  If you can, employ a coach to give you strength and strategies.

And at the end of the day, remember that as an adult you have the power to just choose a different path.  Life is short, and more than a few weeks spent learning ‘life lessons’ from someone intensely unpleasant to be around, is more than enough.  Leave.

Of course, because your fight, flight or freeze stress response may be stuck permanently in the on position at the moment, it can be hard to think straight.  Leaving may seem difficult, but it's actually very much easier and more pleasant than attempting to muddle through for months or years.

Not a minute longer, I suggest.